Sometimes when your kids ask out of the blue for cinnamon rolls, you just want to say yes.

You want to get up off the couch, and immediately put some cinnamon rolls in the oven, so that their sweet little 2 and 3 year old minds know that they are getting exactly what they asked for. 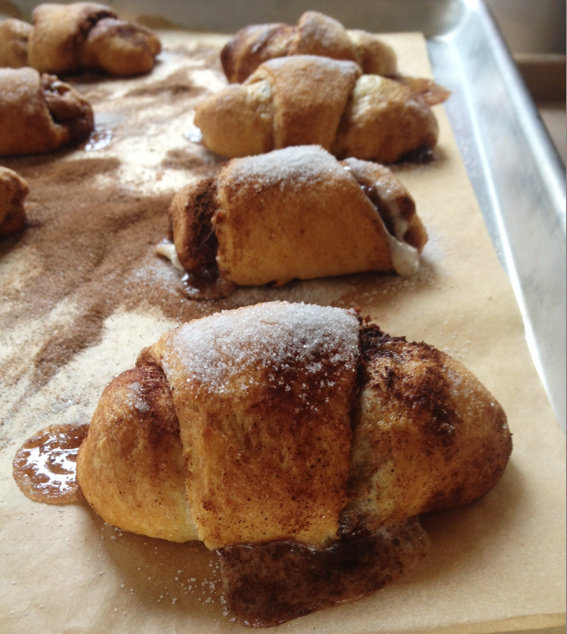 You want to see the joy in their faces upon hearing that beautiful “yes” instead of all the “no”s that have been going around lately. 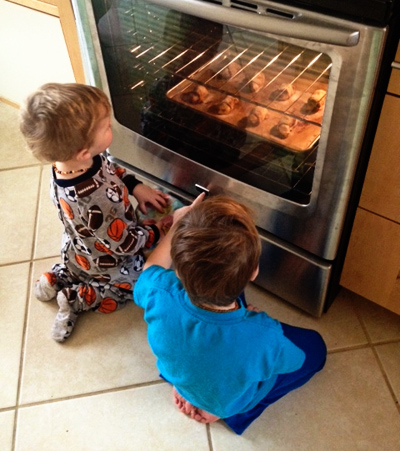 This was one of those days.  Our sweet baby girl has been sick all week and the boys have been pretty much doing their own thing.  We all needed a break to reconnect and to just play together.

I kind of think we all needed cinnamon rolls…  but there was no way I was going to be able to make any from scratch!

Then I remembered a can of crescent rolls I had found in the fridge the day before and decide to whip up something close enough (cinnamon rolls are cinnamon rolls to a toddler!) to satisfy their little cravings. 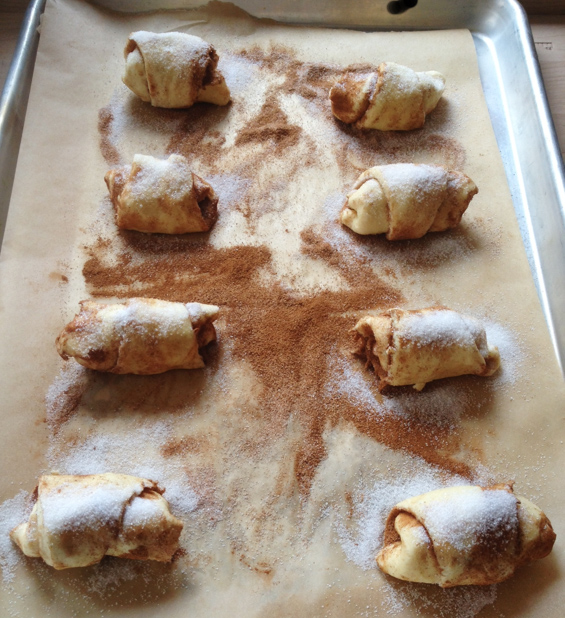 We had a lot of fun putting these together, and the boys loved that the marshmallows inside disappeared when they were baked.

(Marshmallows are just about their favorite food, so I decided to add some of those and it was a delicious addition!)

This was such a fun, quick and easy treat to make together! 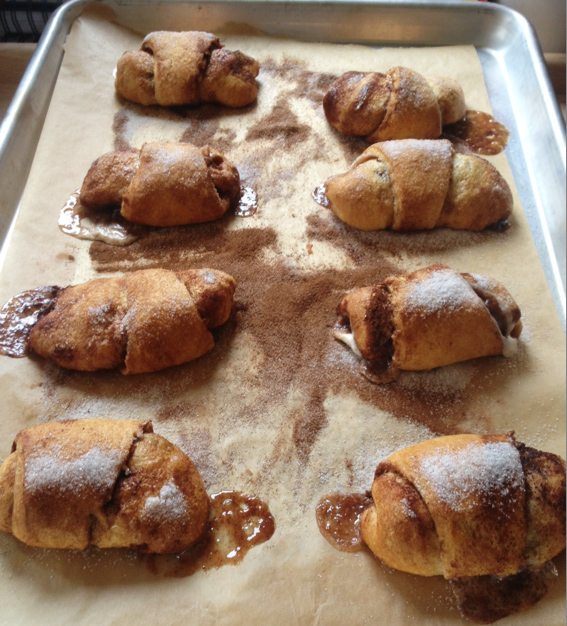 Preheat the oven to 375ºF. Unroll the can of crescent roll dough and separate the triangles, laying them out on a parchment-lined baking sheet.

Sprinkle each triangle evenly with sugar & cinnamon. Place a 5-10 mini or 1 large marshmallow at the wider bottom end of the triangle, fold over the sides and roll up, place them seam down on the baking sheet.

Sprinkle with a bit of extra sugar and cinnamon on top for decoration.

Bake for 12-18 minutes, until the rolls are golden and puffed. Serve warm, with a simple powdered sugar/milk glaze if you'd like!